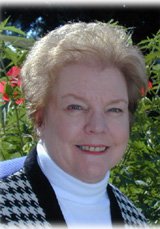 Elaine L. Craft has served as Director of the National Science Foundation supported South Carolina Advanced Technological (SC ATE) Center of Excellence since 1994. Currently, she is also a Co-PI for the SC ATE National Resource Center for Expanding Excellence in Technician Education. Craft is also founder and President of SCATE Inc., a 501(c)(3), not-for-profit corporation created to promote systemic change in Advanced Technological Education and help sustain the SC ATE Center of Excellence. Mrs. Craft received a baccalaureate degree in chemical engineering from the University of Mississippi and MBA from the University of South Carolina and has completed extensive graduate studies in mathematics. Early in her career, Mrs. Craft worked as a chemical engineer for Union Carbide and the Monsanto Chemical Company. More recently, she has held both faculty and https://dropoutprevention.org/wp-content/uploads/2022/09/C.W.-Gardenhire-pic.jpgistrative positions within the South Carolina Technical College System. She served as vice chair of the SC Governor's Math and Science Advisory Board and has been honored with numerous awards including the South Carolina Governor's Award for Excellence in Science. Mrs. Craft was named 2009 Educational Pioneer of the Year by the Southeastern Competency-based Education Consortium and 2007Administrator of the Year for Florence-Darlington Technical College.

Often overlooked, a dropout prevention partner in your neighborhood is your local two-year technical or community college. More specifically, those two-year colleges who work with the National Science Foundation Advanced Technological Education (ATE) program will definitely have programs and resources you can use and a desire to share them. The ATE program is designed to connect high schools and community colleges for the purpose of improving student engagement and success in fields of advanced technology specifically to provide the nation with highly skilled technicians in many disciplines. Secondary schools and community colleges are natural partners in serving at-risk students, and you can find out much more in this webcast!