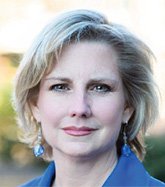 In addition to her work on several professional committees, Ms. Colburn is an active community leader who serves with numerous organizations focused on children and teens, mentoring, and substance abuse, as well as sexual abuse and domestic violence. She is a graduate of Leadership Cobb and the Cobb Chamber of Commerce’s Honorary Commanders Program. She works actively with the Marietta Schools Foundation, as well as with numerous government and nonprofit agencies, public safety organizations, and community groups to improve the quality of life for Marietta’s teens.

Student Voice, Straight Talk, and a Culture of Hope Presentation

Student Voice, Straight Talk, and a Culture of Hope Resources

Resources on Resiliency and Finding Strength

As Schools Tackle Poverty, Attendance Goes Up, But Academic Gains Are Tepid
www.edweek.org/ew/articles/2017/07/12/as-schools-tackle-poverty-attendance-goes-up.html?r=427128169

Don’t Quit On Me
www.americaspromise.org/report/dont-quit-me

Resources on the Value of Kindness

Some Teens Don’t See School as a Kind Place. Here’s Why That Matters. http://blogs.edweek.org/edweek/rulesforengagement/2017/07/some_teens_dont_see_school_as_a_kind_place_heres_why_that_matters.html?r=1699894374&cmp=eml-enl-eu-news2-RM

Lupton, R. D. (2015). Charity Detox: What Charity Would Look Like If We Cared About Results. NY: HarperCollins.