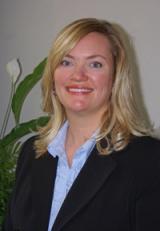 Barbara Oswald is the Director of Youth Initiatives & Program Development for Special Olympics South Carolina. She has been on staff with the organization for 12 years. Her primary role is overseeing Project UNIFY, an education initiative where Special Olympics collaborates with schools and districts to create more socially inclusive school communities. In its sixth year of programming, Project UNIFY engages nearly 130 schools from 37 school districts in South Carolina. Last year, the program reached more than 75,000 students in South Carolina through service-learning initiatives, awareness campaigns, and Special Olympics programs. Barbara has worked with school leaders to create strategies for engaging, activating, and empowering youth as Project UNIFY leaders and advocates for all people with intellectual disabilities.

In this presentation, participants will be navigating connections between inclusive school climate strategies and dropout prevention initiatives. We will also be exploring strategies for achieving authentic inclusion in schools as developed through Special Olympics Project UNIFY models. Project UNIFY is an education- and sports-based program started by Special Olympics in 2008, designed to build an inclusive environment among youth with and without intellectual disabilities, as well as empower them to become youth leaders and speak up for change in their community.

NASBE’s State Education Standard Looks at the Importance of Social Inclusion in Schools. (2013).