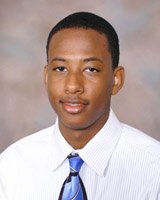 Bernard Green is a Junior Honor Student at Wayne School of Engineering in Goldsboro, NC. He is a member of the National Society of High School Scholars. Green participated in iTest at East Carolina University and was a student round table participant at the 2009 ATE PI Conference in Washington DC. Mr. Green is currently enrolled in the Electronics Engineering Technology program at Wayne Community College and hopes to further his education in the Computer Engineering field. 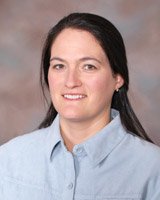 Angela J. Wall has been the Program Head for the Industrial Systems Technology program at Wayne Community College, Goldsboro, NC, for over 8 years. She has served as the Site Coordinator for a National Science Foundation-funded partnership focused on Project Based Learning. She spent 12 years working in various industries in the automation field before beginning her career in education. Ms. Wall has been involved with Project Based Learning for over 4 years with students ranging from middle school to adult learners.

Angela Wall, an instructor at Wayne Community College, and one of her students, Bernard Green, will explain to listeners what Project-Based Learning (PBL) is, why students benefit from it, how teachers can use it, and how to avoid pitfalls. The presenters will provide enough resources for teachers so they can conduct their own project. A very hands-on approach to dropout prevention!