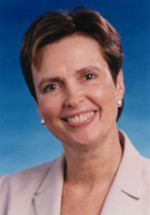 Anne T. Henderson is a senior consultant with the Community Involvement Program at the Annenberg Institute for School Reform. Anne's specialty is the relationship between families and schools, and its impact on students' success in school and through life. Since 1981, she has steadily tracked the research on how engaging families can improve student achievement, particularly among students in diverse and low-income communities. She has also studied effective practice to involve families in their childrens' education, both at home and in school improvement. Over the past 25 years, Anne has written, by herself and with others, a small library of articles, reports, handouts, brochures, and books, all in a reader-friendly, jargon-free style. Her most recent book is 'Beyond the Bake Sale: The Essential Guide to Family-School Partnerships', published by The New Press in 2007, and written with Karen Mapp, Vivian Johnson, and Don Davies. Anne has also written the 'Evidence' series, which reviews the research on the effects of parent and community involvement on student achievement. The latest edition, 'A New Wave of Evidence: The Impact of School, Family and Community Connections on Student Achievement', written with Karen L. Mapp. 'No Child Left Behind: What's in it for Parents' (2002) and 'The Case for Parent Leadership' (2004) are also recent publications.

The flip side of dropout prevention is planning for a positive future. Families play a critical role in helping students set goals, navigate the system, and plan for post-secondary education and a career. What school staff do to inform and support families to play this role makes an enormous difference to student success. Learn what the research says about specific practices that school staff and community partners have used in schools that are beating the odds with low-income students.

Fortress-Partnership School Checklist: Where Does Your School Fall?

The SEDL National Center for Family and Community Connections With Schools. (2010).