CLEMSON, S.C. (February 23, 2017) – Jerome Singleton, Commissioner of the South Carolina High School League, is the 2017 recipient of the Governor and Mrs. Richard W. Riley Award of Excellence in Dropout Prevention from the National Dropout Prevention Center/Network (NDPC/N). Each year, the Riley Award recognizes a South Carolinian who has made a significant contribution to improving high school graduation rates. The award is given in honor of Governor and Mrs. Richard W. Riley because of their many years of service and contributions to the school success of South Carolina’s youth. As Governor and First Lady of South Carolina, the Rileys led the state through an era of successful school improvement. Governor Riley later served as Secretary of Education in the Clinton https://dropoutprevention.org/wp-content/uploads/2022/09/C.W.-Gardenhire-pic.jpgistration and was instrumental in founding the National Dropout Prevention Center/Network.

Singleton has served as Commissioner of the South Carolina High School League (SCHSL) for 11 years. He has been with the organization for more than 20 years, having served as Associate Commissioner and Assistant Commissioner before moving to his current position. The SCHSL directs and https://dropoutprevention.org/wp-content/uploads/2022/09/C.W.-Gardenhire-pic.jpgisters the high school and middle school interscholastic athletic activities of the 415 member schools across South Carolina. Singleton is currently serving as the president-elect of the National Federation of State High School Associations (NFHS) Board of Directors. In 2017-18, he will serve as Board President of NFHS. 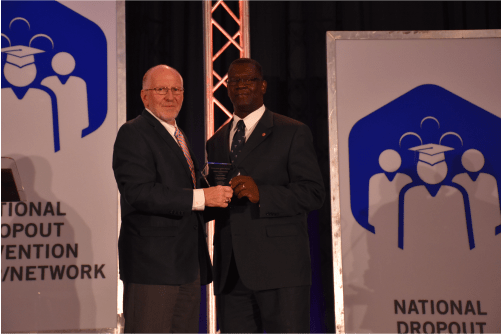